[EXP] Mas de Noguera : an example for diversification of activities in a Mediterranean mid mountain region

How a local initiative became a source of inspiration for rural development and a reference for sustainable resource management in the Valencia region.

Rural topic(s): (Agri)-tourism and rural heritage, Renewable energy and eco-housing, Agroecology and agroforestry, Places to be (work in progress)

Author(s) of this page: MG 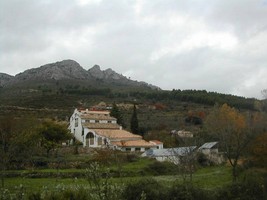 Mas de Noguera is an agrotourism cooperative created in 1982, in the inner land of Valencia region. It develops organic farming and breeding, environmental education activities for pupils and rural development projects. It focuses - among other topics - on sustainable management of natural resources and on on rural heritage protection (local breeds, intangible heritage. After more than 30 years bringing on the scene organic farming, rurality, new settlers etc., Mas de Noguera has become a reference for a lot of rural stakeholders in the region. 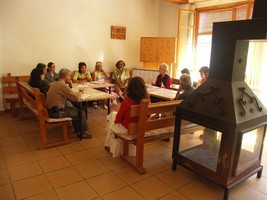 Mas de Noguera is located about fifty km from the Mediterranean coast, in the interior part of the Comunidad Valenciana, in a mid mountainous region (500-1 000 m) of the Castellón province. Rural exodus, which started in Spain in the 60ies, caused severe depopulation in the interior of the province as well as desertification. Abandoning the rural area and agricultural activities has entailed a deterioration of resource and landscape management, of which the fires of the 90s are only a symptom. In fact, regional development of the Castellon province has been focussed on the coastal region (mass tourism, citrus fruit monoculture, ceramics industry) and neglected the countryside, where agriculture is mainly a part time activity. « In this context of decreasing rurality, the three Herrero brothers - Marcelino, Roberto and Rosa Maria- decided to settle down in their native region, close to Caudiel, once they had finished their studies, whereas their parents wished they would make a career, escaping thus hard rural life. In 1982, they rented a deserted mas and about twenty hectares of land. Their aims: promote again rural jobs, farmers’ in the first place, while proposing training and awareness activities around environment and sociocultural heritage of the area. Proving that making a living with small farming (masia) is easier now than it used to be and can be a driving for local and regional development. Mas de Noguera was born.The different activities emerged quickly, even if the development and organization of the Mas followed the evolution of the basic group. For instance the cooperative has been created only in 1989 and the inn built in 1992. The Mas and the surrounding land have been bought little by little."(1).

In 2008, Mas de Noguera celebrates its 25th anniversary. The initiative has been carried by a cooperative structure of 7 members, before being restructured in 2005. Currently three interlinked organisations allow to manage numerous activities integrated in the project of MAS DE NOGUERA: 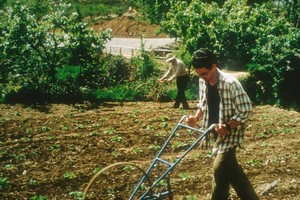 The broad variety of activities offered by MAS DE NOGUERA to its visitors is based on its own rural, environmental and natural resources, its installations and its staff. Diversification is aimed at, as as source of richness and stability, but also in order to achieve a certain self-sufficiency and to close the various circles, as several fields of action are interacting with each other. The settlement include an hostel of 60 beds, rooms for activities and meetings, a kitchen and canteen, a bread oven, a cheese processing units, stables and chicken houses, a greenhouse …… The agricultural activities are run on 102 ha (half of which are owned) and include almond trees (31 ha), cereals, fodder and protein plants (23 ha), vegetable gardens (2ha, irrigated) and the rest in pastures and heath. Five cows, 120 sheep, 25 goats and a hundred bee colonies constitute the livestock of the Mas. The use and promotion of these resources in a perspective of sustainability is defined in the following way: 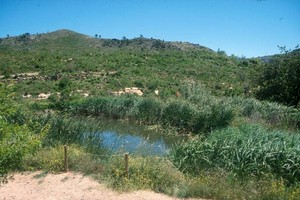 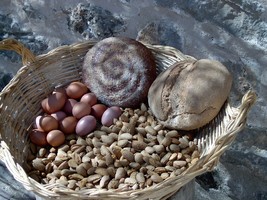 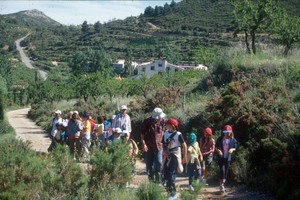 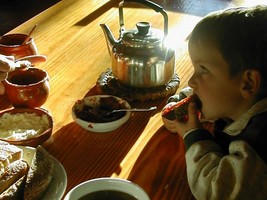 In 2008, Mas de Noguera was offering a living to 10 people throughout the year, with up to 20 workers during the peak of summer activities. On the environmental level, an internal evaluation of the activities of Mas has allowed to modify certain habits or management criteria in order to allow for an increased sustainability (procurement management, …). On the local level, the initial scepticism with regard to a project often considered as “hippy” has turned into a certain respect after 25 years of existence, partly due to the cheerful relations that Mas has endeavoured to maintain with the local authorities. However, territorial integration remains the weak point of the Mas, which has received much larger recognition from outside its region. This problem persists despite the fact that Mas has always given priority to local workers when creating new jobs. However, Mas de Noguera has definitely become a point of reference for sustainable resource management and a source of inspiration for sustainable rural development in the Valencia Community; many people have stayed in its premises in order to learn, to exchange or to get inspired by its (practical) philosophy before starting their own initiative, enterprise or association.

While the Mas originally was a pioneer in launching public reflections on European policies, rural development models, innovative activities, ICT…., this role has moved slightly in the background, while the focus was shifted towards the intrinsic activities of the Centre. Even if the animation of rural areas and the setting up of new initiatives are still ongoing, the reform of the cooperative has implied a new division of tasks and changed the rhythm of our activities. Our objective is however to play again a more active role in the promotion of sustainable rural development and rural-urban relations. Within Forum Synergies, the Mas would like to continue the thematic exchanges linked to its activities, while stressing its specific interest to promote and to be involved in the Farmers’ Ecology project - in which the Mas has been actively participating from the start. 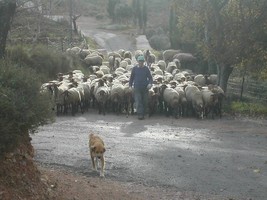